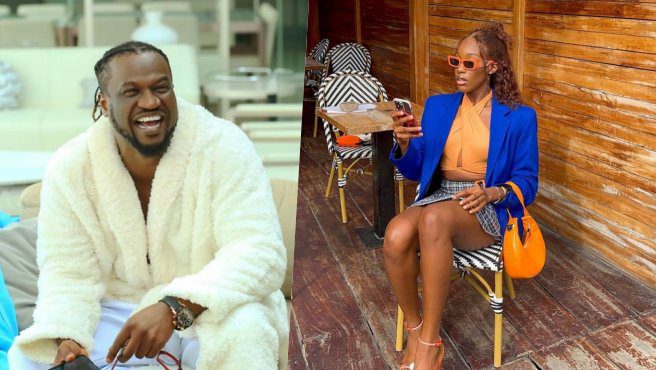 According to reports, Ivy is a 22-year-old model. Rude Boy took to his social media to reveal his new lover and spurred reactions from different quarters last week.

Ivy quickly hit back at critics for criticising her relationship with the singer, describing them as “bitter souls.”

ALSO READ: He Had An Affair With Our Maid – Paul Okoye’s Wife Opens Up

Some of Ivy and Rude Boy’s critics have not relented and have continued to lambast the lover birds.

One @choconikss on Twitter wrote: “Paul Okoye is in his 40s dating a 22 year old..that’s disturbing”

@SirDavidBent on Twitter wrote: “Paul Okoye has hitched a new lover. A model & fashion influencer. His ex-wife looks more homely & virtuous than this new mgbeke though. But some men just do not value what they have until they lose it. I don’t believe there’s any marriage that can’t be salvaged. A grave mistake.”

Sina Rambo Has Been Physically Abusing Me