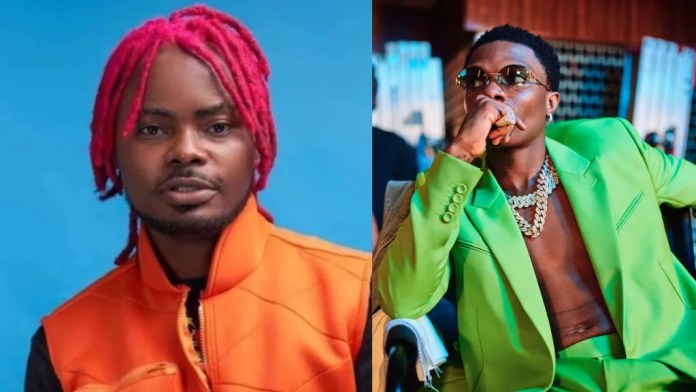 Recall yesterday, December 1st, 2022, Intel Region reported that Wizkid, the “Essence” crooner during an interview with 10 magazine, a British luxury quarterly magazine published in London, UK as he drags Nigerian rappers that include, MI Abaga, Vector, Olamide, Reminisce, Falz among others.

According to Wizkid, the music genre rap is dead and boring as he noted that most of these rappers rap on the same beats, dished out the same style among others as there is no development. He added that Afrobeats is the real thing now.

Wizkid who sold 2 million copies of one song in Amrica said; “Afrobeats is the new pop, I don’t listen to rap – that shit is boring to me. It’s d£ad now, it’s tired. These guys do the same shit, rap on the same beats and the same flows.”

However, Wizkid thoughts about rap hit the nerve of indigenous rapper Oladips who was formerly signed to Reminisce’s LRR label before he left the label in 2019.

Oladips refers to Wizkid by his first child name “Baba Bolu” meaning Daddy Bolu and asserts that he speaks absolutely nothing but nonsense because a lot of people like him and others have becomes household name and successful in the raping game.

He further added that Wizkid should better go and sleep if he doesn’t have anything better to talk and compared Wizkid talks to that of Super Eagles who wins cup only by mouth. He also labelled Wizkid as Mr she tell me say based on the lyrics he always used in his songs.

Watch the video below;

CBN Reduces Withdrawals To N100k Per Week, N20k Per Day, Among Other Policies